In ancient China, the Chinese people traded among themselves with silk, cattle, iron, fish, and salt. 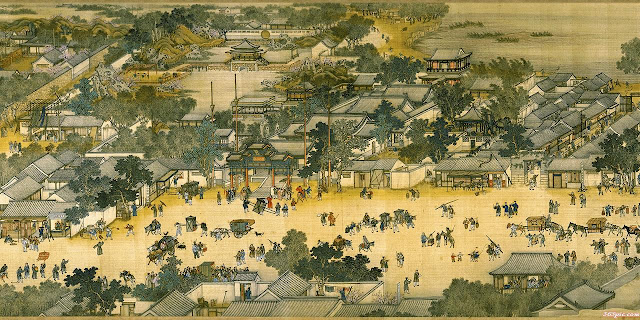 Additionally, they traded with faraway places like Greece and India through the Silk Road. The Silk Road is one of the world’s oldest and most historical network of interlinking trade routes across the Afro-Eurasian landmass that connected East, South, and Western Asia with the Mediterranean and European world, as well as parts of North and East Africa. 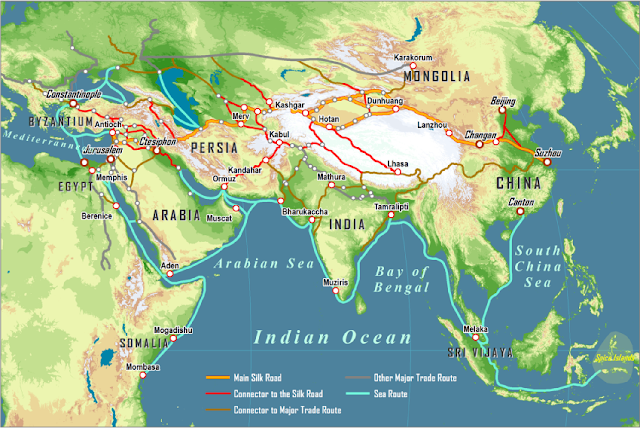 Extending 4,000 miles (6,437 kilometres), the Silk Road gets its name from the lucrative Chinese silk trade which was carried out along its length, and began during the Han Dynasty (206 BC – 220 AD), as silk was the major trade item from China.

It is not only an important transportation route connecting the ancient world, but also a synonym for economic and cultural exchanges between the Western world and the oriental world.
Posted by China Blog at 01:30